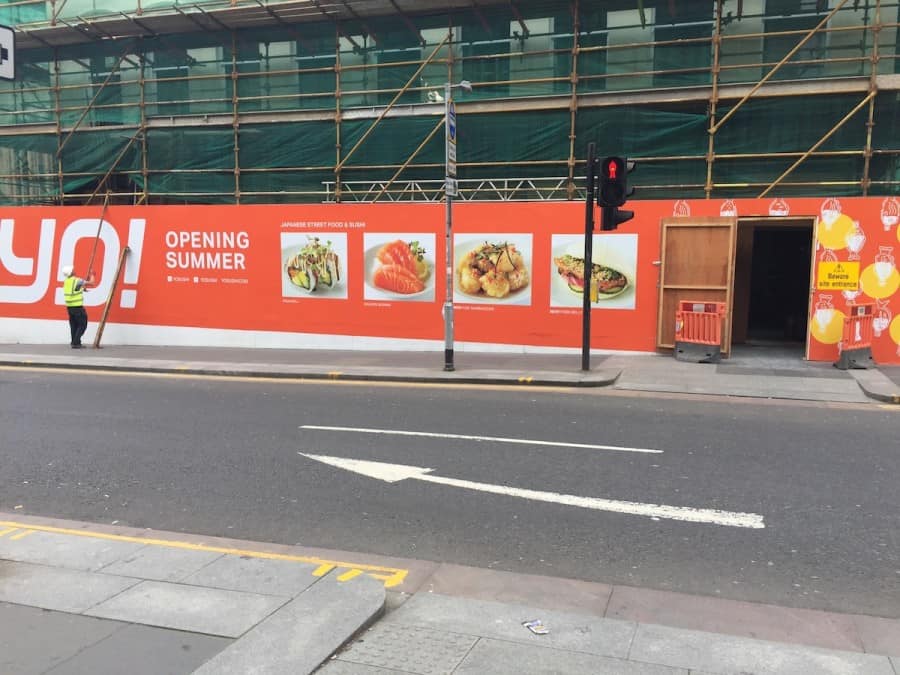 YO! will soon be set to go

THE latest YO! Sushi to be created by Pacific Building is on schedule and steadily taking shape.

The conveyor-belt diner currently being fitted out in West George Street, Glasgow, will be handed over to the clients in the middle of June, 2017.

It is the second YO! to have been handled by Pacific – the Edinburgh International Airport branch of YO! was completed by us at the end of February.

The Glasgow city centre restaurant replaces a landmark Pizza Hut at the entrance to Nelson Mandela Place and involves an extensive refit to the existing building.

Works going on behind the giant orange hoarding include:

In each diner, various sushi dishes and other Japanese cooked foods are prepared in a theatre-style kitchen in plain view of customers and then set on the thin belt, allowing diners to pick any dish they like.

The restaurants are mostly based in the United Kingdom but others have been opened in the Middle East, Russia, Ireland and the United States.