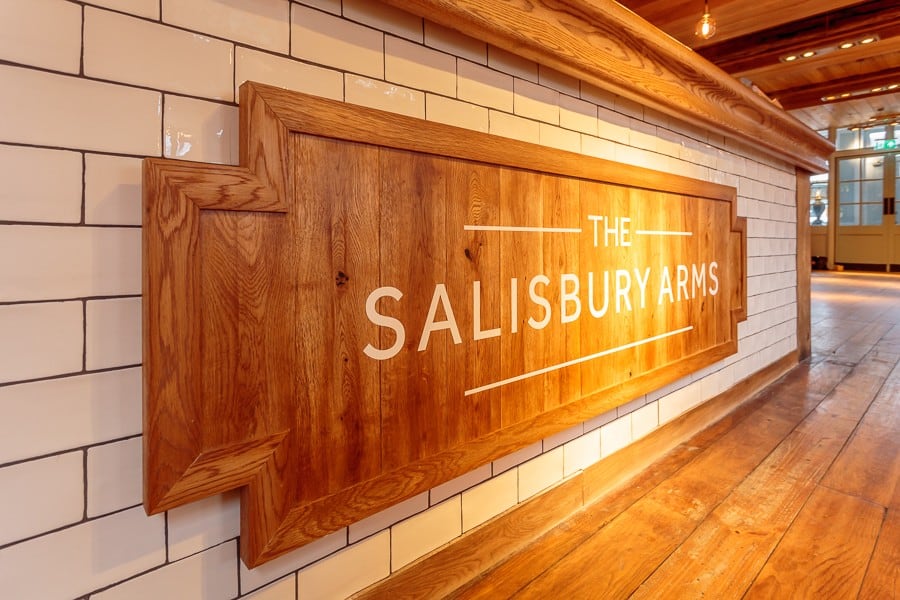 NEW year, new look! In a stunningly short time frame, one of Edinburgh’s landmark bar/restaurants was given a comprehensive makeover costing about £400,000 by Pacific.

The work to refurbish the Salisbury Arms on Dalkeith Road, in the capital’s South Side, commenced on January 9, 2017 – the first day back at work for most after the festive break – and was completed before the end of the month.

And Pacific’s efforts did not go unnoticed because, shortly afterwards, the Salisbury Arms was nominated for “Best Refurbishment” in the Scottish Entertainment Awards 2017.

Locals and visitors alike enjoy the buzz of the bar and a roaring fire, and they can dine with a difference in the eclectically furnished restaurant, boasting an exquisite atrium.

In the warmer months patrons head to the beer garden for a spot of alfresco eating and drinking.

Built in the 1820s on the grounds of the former Newington house, the Salisbury Arms was once the residence of the pioneering printer Thomas Nelson, and later owned by Andrew Usher – the famed whisky distiller.

This stunning former townhouse is situated directly opposite the Royal Commonwealth Pool, with views across Arthur’s seat and Holyrood Park.