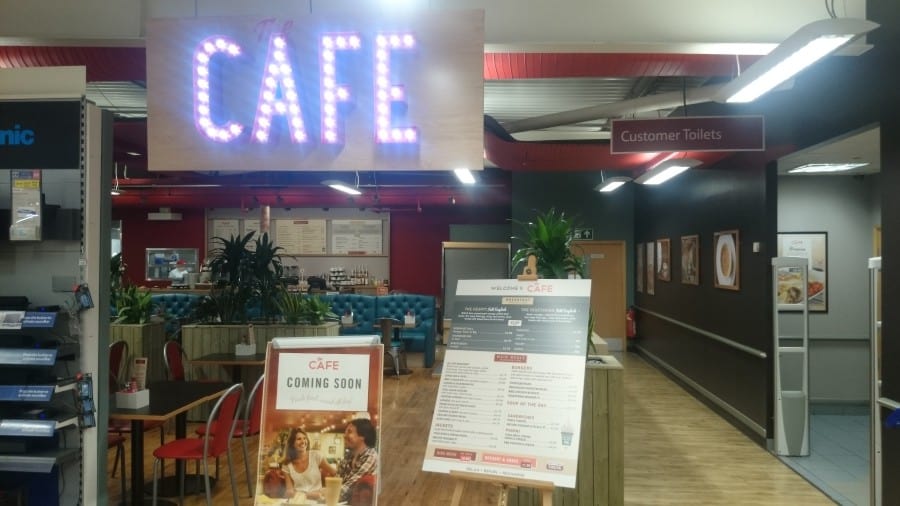 It’s Wath we do for Tesco

TESCO’S cafe at their Wath Upon Dearne store in Yorkshire has just been given a substantial facelift by Pacific.

The work involved the following features:

The end result, as can be seen from the photographs, is a striking yet relaxing dining environment for busy shoppers and families who are keen to eat while on the go.

In Scotland, Pacific have already delivered three restaurants for the supermarket giants.

First was The Cafe at Tesco in Linwood, Renfrewshire, followed by Tesco’s first Decks restaurant in Scotland – at their superstore in Coatbridge, Lanarkshire – which is the “next tier up” from the Cafe concept.

Then came the new in-store Cafe at the Tesco superstore in Springburn, Glasgow.

Managing director Brian Gallacher said: “We are now delivering for Tesco right across the United Kingdom, which is a huge feather in our caps.

“The entire team here at Pacific are justly proud of their achievements and our relationship with one of Britain’s iconic companies.”