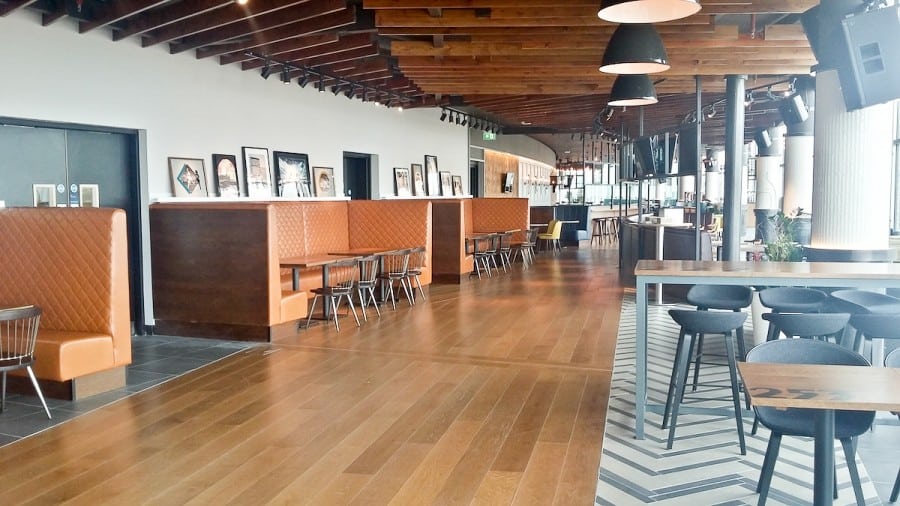 ONE of the highest-profile projects secured by Pacific was the contract to fit out a new bar complex at Wembley Stadium, the home of English football.

The 13,000 square foot Club Wembley lounge is visited by tens of thousands people a year and is the first pub in the stadium’s history.

It is one of the showcases of the Wembley hospitality membership scheme and it boasts packages of differing levels, depending on price.

Pacific masterminded a multi-million-pound major strip-out and refurbishment over a 43-day programme that began after the English Premiership play-off match between Huddersfield and Reading on May 29 and ended just prior to the Charity Shield match on August 6.

During that time, Pacific also had to accommodate two concerts – one by Adele and one by ELO.

Below is a photographic showcase of Pacific’s work, highlighting fixtures, fittings and other features such as cutting-edge self-service beer fonts.

Glasses, which are filled from the bottom, are placed on to a beer-dispensing pump fitted to the bar and connected directly to a keg underneath.

The system – first of its kind in Europe – uses holes and magnets to create pints quickly and more efficiently and without an oversized head.

Payment is made via a touch-screen above the dispenser, using a contactless card.

The Three Lions is also claimed to be the largest bar in the United Kingdom.