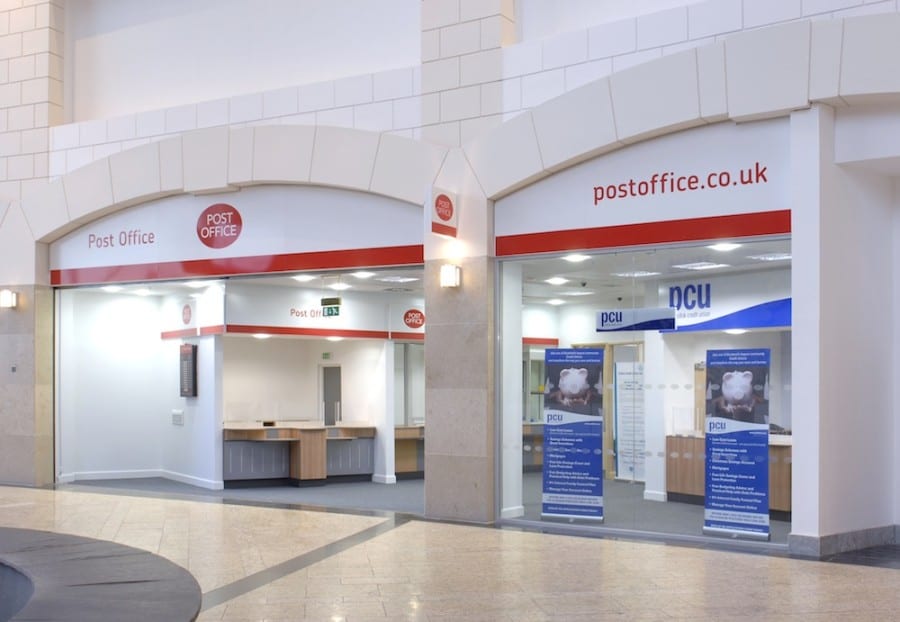 When Pollok Credit Union stepped in to run the Pollok Post Office branch, they formed the first partnership of its kind in Britain to offer both vital services to the community from the one location.

As the Post Office was the only remaining tenant in the old market area of the existing Pollok Centre, premises were secured for a new branch within Silverburn Shopping Centre, where footfall is expected to rise dramatically.

Pacific Building were tasked with the full formation of the facility. The Credit Union and Post Office were required to have their own counters and retain their own branding, while sharing all front and back-office staff and facilities.

All available space was utilised to create economies of scale and enable staff integration, which is a necessity for delivering a comprehensive financial service to the local community.

As the unit was to be constructed within a fully functioning covered shopping mall, it was essential that all works were completed without disruption to neighbouring tenants or Silverburn shoppers.

Pacific Building worked closely with mall management to facilitate the works, ensuring as smooth a build as possible.

Pacific’s previous experience of working in live environments led to the majority of the project taking place using Silverburn’s service corridors to the rear of the mall. When access within the mall was required, night-shift operations were scheduled, to ensure that the public were never affected by the works.

The works were completed to an extremely high standard, to reflect both the benchmark set by the Silverburn centre and the Post Office branding.

Maple hardwood veneers were used throughout. Pacific Building worked closely with the tenants and mall management to ensure that all requirements were met. The project was completed on time and on budget, and without any disturbance to the operation of the mall.

The Credit Union and Post Office will provide a unique offering to the people of Glasgow, Pacific Building were delighted to be involved in the creation of the branch and in the continued expansion of Silverburn itself.