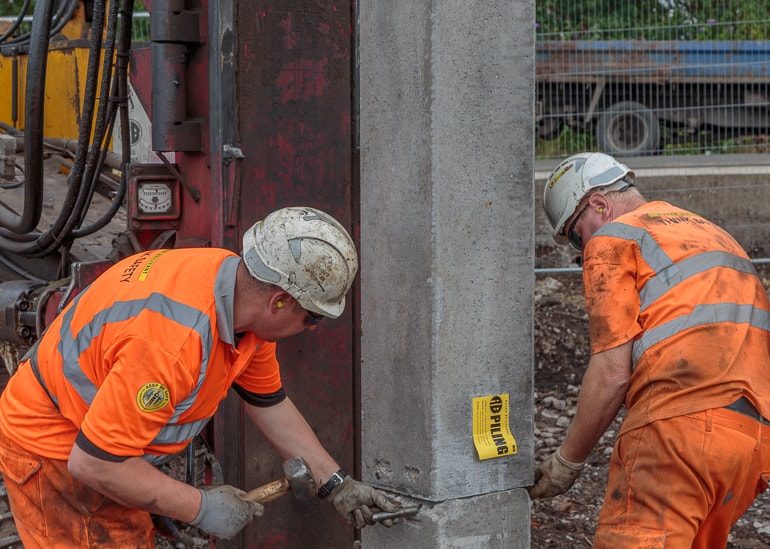 Piling it on for McDonald’s

WORK to build the first two-storey McDonald’s drive-thru restaurant in Scotland is under way.

The first of 51 concrete piles are now being driven into the ground on the site on Dalmarnock Road in Glasgow, not far from the 2014 Commonwealth Games athletes’ village.

As a result of the Games, the area has undergone massive regeneration – and this new diner will form part of that new cityscape.

The piles are being sunk into the ground to a depth of 20 or 22 metres and will support the restaurant, which will arrive by truck in modular form prior to construction.

It is a similar building technique to the one overseen by Pacific at the Bellfield Interchange in Kilmarnock.

The restaurant is being built on a vacant site in Rutherglen, next to the Tesco extra superstore, which is one of very few retail outlets serving the area at the moment.

It is hoped the new McDonald’s will be a valuable and striking addition to the leisure experience in an area of Glasgow that has witnessed dramatic transformation – and herald the arrival of other, similar outlets.

There are already a number of two-storey drive-thrus in England – the first was constructed in Bognor Regis in West Sussex in 2013.

The new Rutherglen restaurant is a development of the standard single-storey restaurant, and it can seat up to  an impressive 130 people.

The building includes the dining area and toilets and staff areas including kitchen and servery, offices and storage.

The building will be constructed in steel-framed modules with a concrete floor and a range of architectural features.

The off-site method of construction allows the building to be manufactured in a factory-controlled environment to an extremely high specification and detail, which facilitates a short programme of just 12 weeks on-site.

The building will be delivered to site in fully fitted-out modules including all fixed furniture and signage. The modules will be lifted into place and the external façade and associated external enabling works will then be completed.