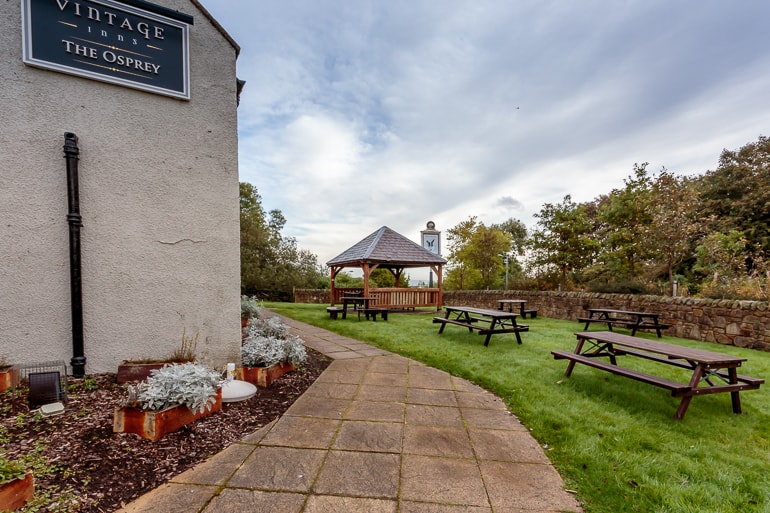 A RUSTIC pub and restaurant that has been a suburban landmark oozing country charm is being given a full-blooded transformation by Pacific Building.

The Osprey in Newton Mearns, near Glasgow, which has been popular with locals and visitors to the area for many years, has closed and will re-emerge as a steakhouse, trading under a new name – Miller & Carter.

The process of giving a new lease of life to the former Osprey – which has until now operated as a Vintage Inns-branded business within the UK-wide Mitchells & Butlers stable of restaurants and bars – started on October 10, 2016.

It is scheduled to undergo a huge refurbishment, costing £700,000, in just four weeks.

The project will involve:

The Osprey was formerly a charming 19th-century farmhouse, serving traditional pub cuisine in an environment boasting pastoral log-piles, brick hearths and diverse trinkets on the surfaces.

Now it is being given a new lease of life as a premium steakhouse brand that promises an upmarket doing experience for customers.