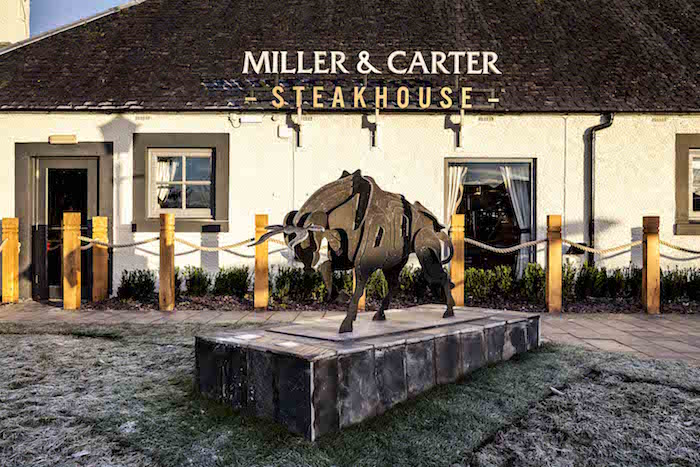 A NEW suburban steak restaurant that sizzles with style has been created by Pacific Building.

A full-blooded transformation of a former rustic pub and diner ensured that it would cut the mustard as an upmarket Miller & Carter eatery.

It took just four weeks to convert The Osprey in Newton Mearns, near Glasgow, which had been popular with locals and visitors to the area for many years, into the steakhouse.

And Pacific’s efforts did not go unnoticed because, shortly afterwards, The Miller & Carter was nominated for “Best Newcomer” in the Scottish Entertainment Awards 2017.

The restaurant joins a roster of more than 50 M&Cs trading across the UK, which are operated within the Mitchells & Butlers stable of restaurants and bars.

The impressive project will involved: