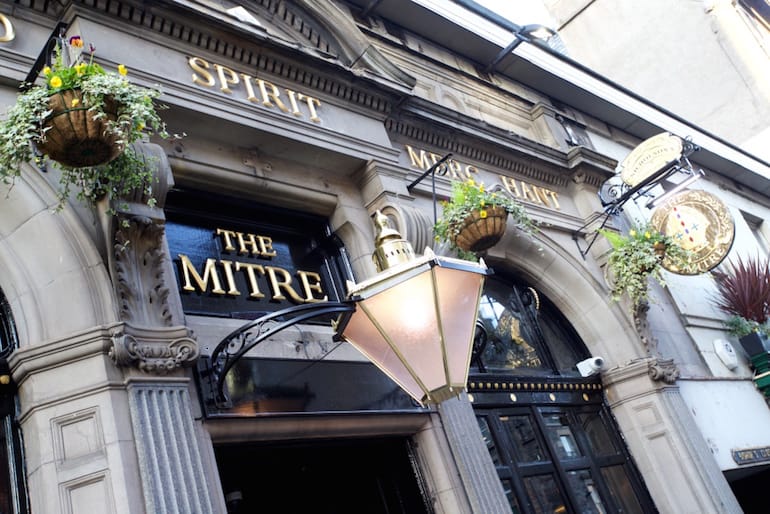 The Mitre is given a blessing

PACIFIC have just completed a makeover of one of Scotland’s most famous traditional public houses on the Royal Mile in Edinburgh.

The Mitre, which dates back to 1814, is a C-listed building of historical significance and is located just a short stroll from North Bridge, Waverley Station and Holyrood.

The finished article was praised by clients Mitchells & Butlers who operate the bar out of their stable of brands through the Nicholson’s chain.

During the 16-day project, which saw the premises close, Pacific installed new booth screens, new flooring and coverings, upgraded the kitchens, polished the bar tops and redecorated The Mitre, which has the bar at the front of house and a restaurant to the rear.

Character abounds in the pub, which has high, panelled ceilings and other features worthy of official protection.

The establishment’s name is a nod to the headgear worn by bishops – it is reputed that John Spottiswood, (1565-1639), the then Bishop of St Andrews, lived in a house that was built on the site but later burned down, to be replaced by the Tavern that stands to this day.

Pacific’s team impressed Mitchells & Butlers, who expressed their delight with the completed job was well as the dedication and professionalism shown by the personnel entrusted with delivering a high-profile project – on time and on budget, with minimal disruption to trade.