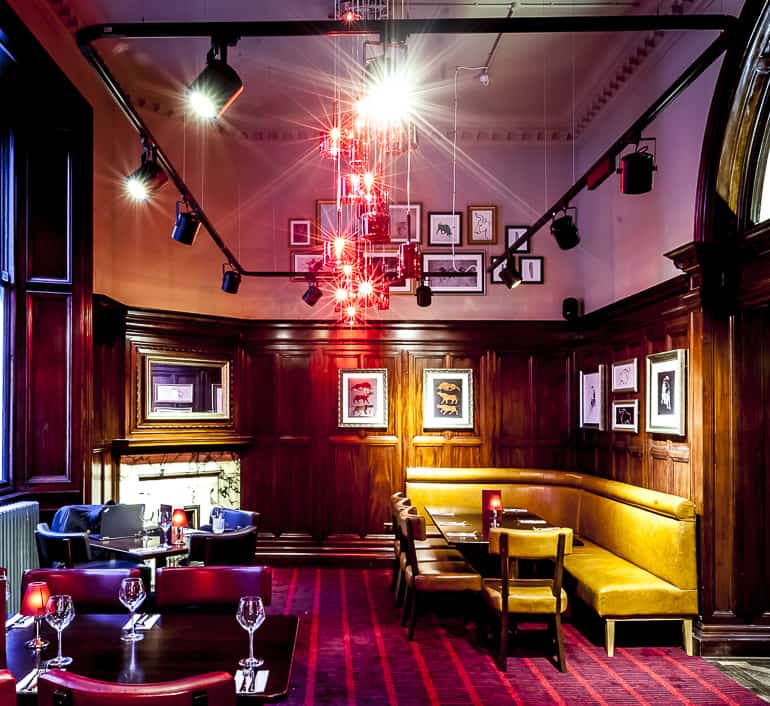 Meat the new restaurant on the block

The £1.5million project to convert the former bank and Post Office in St Vincent Street, Glasgow, into Scotland’s second Miller & Carter steakhouse was completed in time for Mother’s Day, 2016.

The refurbishment – which grabbed the media headlines – took five months, following the closure of its imposing doors in Glasgow city centre last year.

The building, constructed at the turn of the last century and occupying a prominent site at the junction of St Vincent Street and Buchanan Street, had previously been home to a number of banks, including the National Commercial Bank of Scotland.

Many of the interior features from its financial past have been retained, including the huge dome, clock, bank safe and massive vault doors.

Pacific had to drill through steel, concrete and sand floors and walls that were up to a metre thick and fortified with metal anti-drilling devices – similar to mediaeval axe heads dating back to the days when the building functioned as a bank.

Pacific Managing Director Brian Gallacher said: “This is one of the company’s most prestigious projects to date, as it was an A-listed, much-loved building in a high-profile, city centre location.

“Yet again, we showed our professionalism and commitment as we delivered a stunning end result that does Miller & Carter proud.

“This also cements our relationship with parent company Mitchells & Butlers and – through the media coverage we also generated – showcases our talents to them and to others.

“I think it is safe to say that this project has put the name Pacific Building on many people’s lips. We are becoming synonymous with work of high-profile, high-value and high quality across a range of sectors and a varied cast of clients.”

This is the second Miller & Carter restaurant to open in Scotland – the first having been created by Pacific at Cramond Brig, on the outskirts of Edinburgh.

Miller & Carter steakhouses – part of the massive Mitchells & Butlers stable – are to be found in a variety of unique buildings and locations across the UK, from historic coaching inns and beautifully restored barns to chic shopping centres and even a boat.