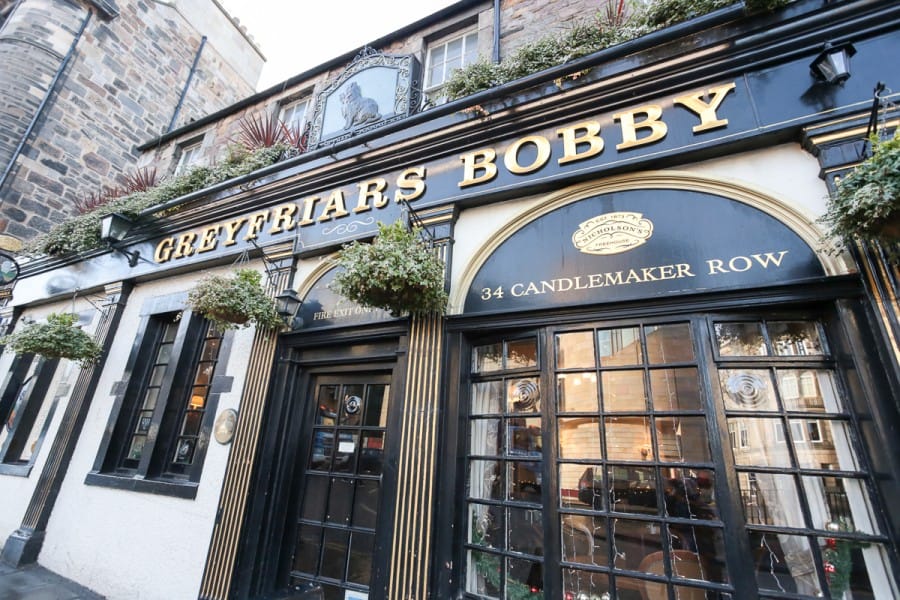 WORK to carry out a major transformation of one of Scotland’s most iconic pubs was started by Pacific Building yesterday.

The project will see walls and staircases removed as part of a complete strip-out of the historic Greyfriars Bobby in Candlemaker Row, Edinburgh.

The bar, which is hugely popular with locals and tourists alike, is overlooked by a bronze statue of the faithful Skye terrier who famously sat guarding his master’s grave after his death for 14 years until the animal himself passed away in 1872.

Word of Bobby’s incredible vigil at Greyfriars Kirkyard quickly spread, and five years before his death, Sir William Chambers, the Lord Provost of Edinburgh, who was a director of the Scottish Society for the Prevention of Cruelty to Animals, presented him with a commemorative collar (now on display in the Museum of Edinburgh) and paid for his licence (to prevent him being put down).

Furthermore, when the dog died, the authorities made sure he was buried not far from his master in the kirkyard, which is situated right next door to the pub.

In 1873, city philanthropist Lady Burdett-Coutts was so touched by the tale that she commissioned a statue of the terrier, which was placed atop a drinking fountain opposite the entrance to the churchyard.

It sits there to this day, attracting a steady stream of visitors, many of whom rub Bobby’s nose for good luck – as evidenced by the appendage’s brilliant sheen

The Greyfriars Bobby bar occupies the ground floor of a row of Georgian houses adjoining the historic Candlemakers’ Hall, dating back to 1722.

The pub is run under the Nicholson’s brand in the Mitchells & Butlers stable of bars and restaurants which number nearly 2,000 in the UK.