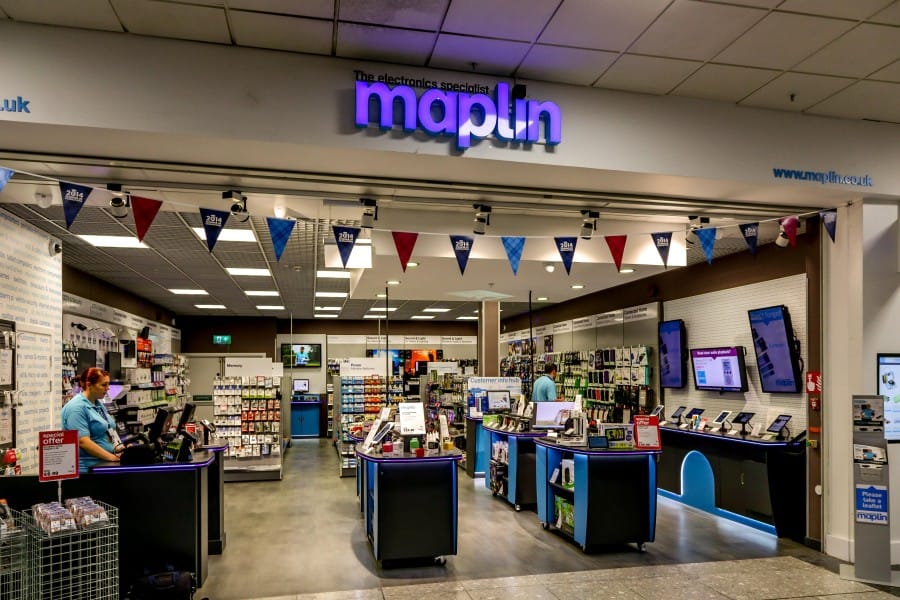 To fit out a striking retail outlet for one of the high street’s best-known electrical brands in the international departures area at Glasgow Airport, through which more than three million departing travellers pass every year. This is one of the first Maplin airport stores following the decision by the company in 2013 to open  stores at travel hubs across the UK.

Pacific drew on their vast experience of working in “live” public areas, to tight deadlines, within budget and with minimum disruption to airport operations and to neighbouring trade.

They were also able to take advantage of the close proximity of their permanent base at the airport, which meant that they mobilised their team with speed.

The works involved walls, ceilings, electrical system and lighting, with Maplin using some of their own dedicated contractors for part of the project.

This contract is one of many that have been successfully completed at airports by Pacific, and they have helped foster close relations between the company and the airport operating companies.

The result is a bright, modern and striking store retailing a tailored product selection that includes essentials such as travel adaptors, cables, connectors, batteries, laptop chargers and cameras.

The store is a valuable addition to the redeveloped airside retail space at Glasgow and improves the retail experience and choice for travellers.