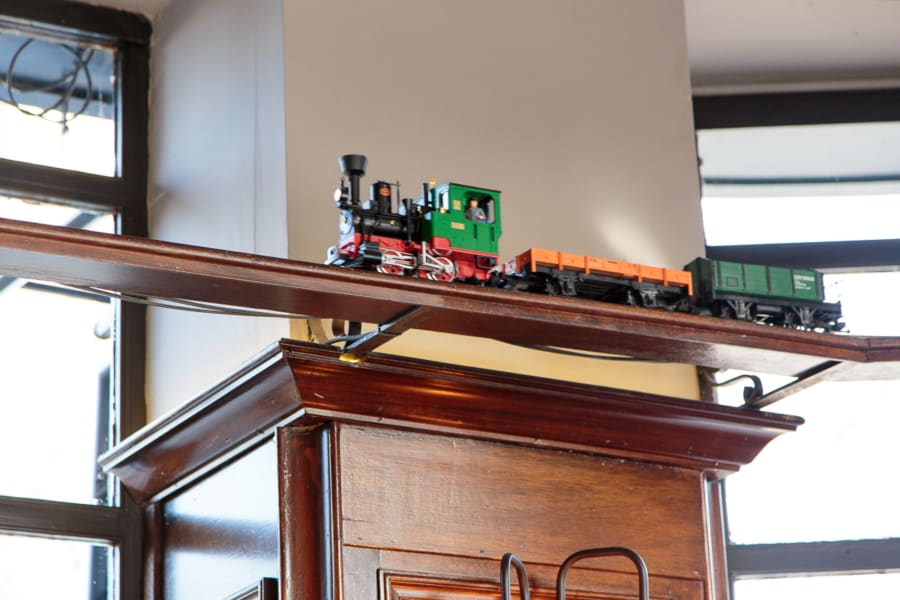 Make tracks to The Granary – it’s the rail deal

WHAT springs to mind when someone mentions The Granary in Glasgow? A buzzing local bar? The south side’s favourite watering hole? Honest-to-goodness food and drink and a friendly atmosphere? A rendezvous before a match or concert at Hampden? The model train set?

The model train set?!  Yes, possibly the most famous train set in the city.

For decades, it amused drinkers as it circuited the public bar on tracks fixed at near-ceiling level. A talking point, a design feature, a whimsical touch, a nod to the past – all of these things and more.

Then, for a number of reasons – changed ownership, refurbishments, evolving tastes – the little steam locomotive and its carriages fell into disrepair and stopped running.

But now it has been brought back to life as part of a major refurbishment programme – and Pacific Building made sure the project didn’t hit the buffers and ran strictly to the timetable.

And the pub’s rail heritage is being played up elsewhere too.

The Granary used to be a hub for the long-gone Glasgow trams, and new design details and features now pay homage to its past.

On the exterior of the building, the metal fixtures – or rosettes – that used to carry the electric cables that powered the “caurs” prior to their decommissioning in 1962 have been preserved.

Aside from the rail details, the bar and lounge/restaurant have been given a fresh look, with chunky wooden furniture, fresh tiling, industrial lighting and preserved wood panelling all playing their roles in the overall design package.

All of which will ensure that diners and drinkers continue to make tracks to The Granary in their droves.