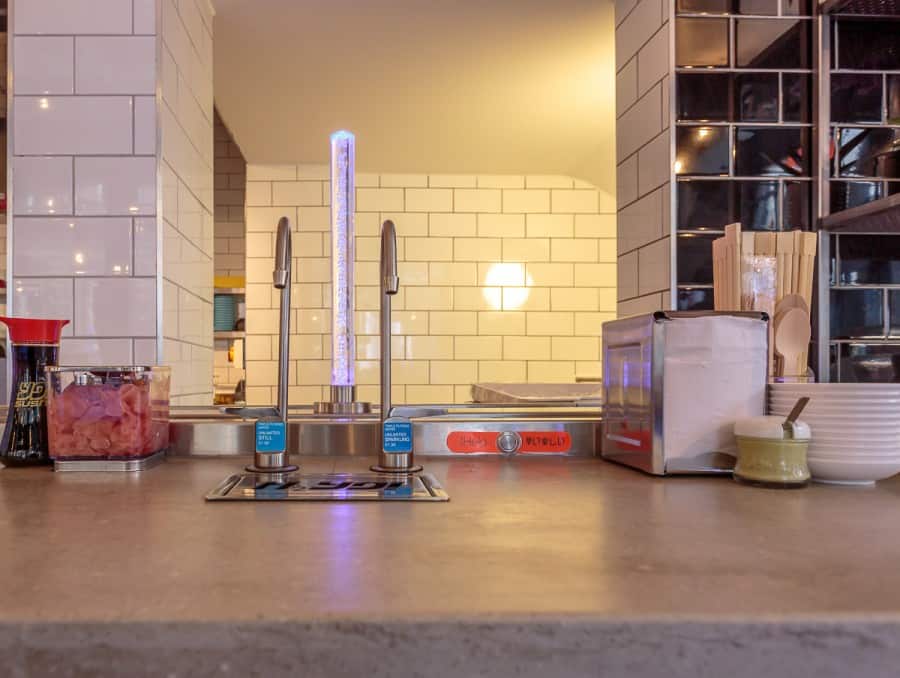 THE latest YO! Sushi to be created by Pacific Building is now open and trading – and catching the attention of passers-by.

The stunning fit-out of a former Pizza Hut on West George Street in Glasgow city centre was as comprehensive as projects such as this can get.

Work involved a complete gut-out of the former premises in a historic building followed by a full refurbishment and makeover.

YO!’s other three restaurants are located at Braehead shopping centre, Silverburn and within Fraser’s department store on Buchanan Street.

And this is the second to be created by Pacific – we completed the YO! Sushi at Edinburgh International Airport in February, 2017.