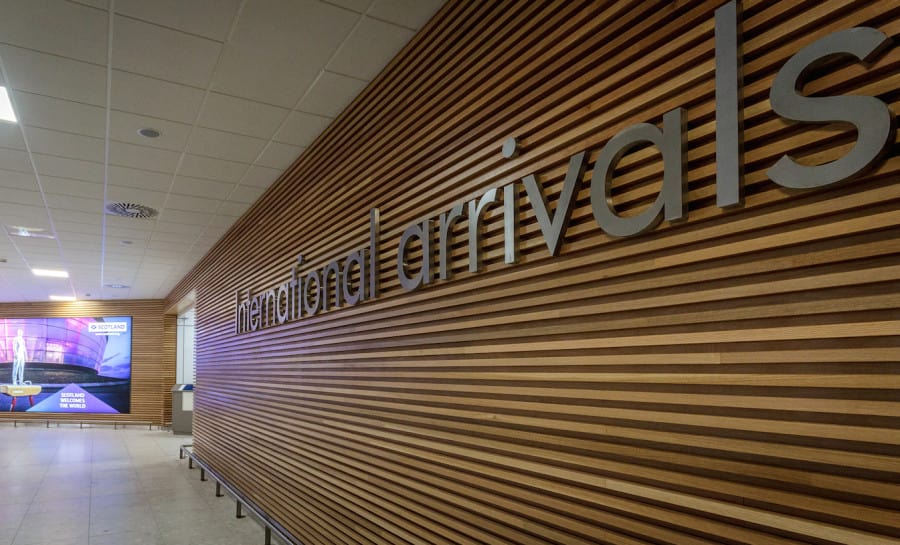 THE crowning glory of the massive £17million project to modernise Glasgow International Airport ahead of the 2014 Commonwealth Games and Ryder Cup is the new International Arrivals Hall.

Its significance is appreciated only too well by the airport management and overseas travellers who form their first impressions of the city – and of Scotland – on their emergence into the area.

The all-new International Arrivals hall involved many weeks of hard work and commitment by the Pacific team.

Featuring a new full-height glazed extension, steel and glass extended passenger tunnel and feature stone walling and timber panelling, it provides a striking and fitting welcome for travellers arriving in the city.

The work was part of a major overhaul of the airport in advance of the 2014 Commonwealth Games – being held in Glasgow – and the Ryder Cup at Gleneagles in Perthshire.

Work started in February, 2014, with the removal of the canopy that had been in place for the best part of 20 years, heralding the start of the airport’s biggest overhaul in decades.

It opened in May, 2014, and is continuing to provide a signature  welcome to millions of international travellers arriving in Scotland.