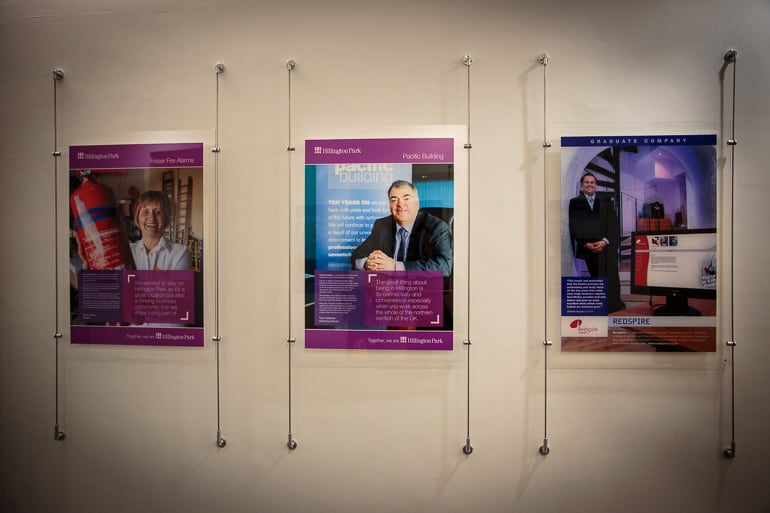 PACIFIC’S achievements are being showcased in the prestigious Hillington Park Innovation Centre. which is home to Scotland’s premier business incubation service.

Managing Director Brian Gallacher is featured in a poster display fixed to the wall of the centre alongside other company leaders – all of whom laud the facilities afforded to companies at Hillington. whether they are start-ups or established entities.

Brian speaks of the importance of connectivity and convenience for Pacific, who operate throughout the United Kingdom.

The display also trumpets Pacific’s record of working with some of the world’s leading companies, including McDonald’s, KFC, Bupa, Gleneagles Hotel, JD Wetherspoon and Glasgow Airport.

Hillington Park Innovation Centre was the first of its type in the UK when it was established in 2000. It is still  one of the leading innovation centres in the country.

It is a private/public sector initiative and is now operated by Innovation Centres Scotland (ICS) Ltd on behalf of Hillington Park.

HPIC has seen190 companies choosing to locate their business in the centre over the last 12 years, and it has become an instrumental part in helping grow a high proportion of Scotland’s leading young, innovative, mostly technology companies.

Over the last 10 years, HPIC has nurtured 145 of its tenant companies to a stage where they have outgrown the support provided by HPIC and have graduated from the centre, to be replaced by younger, less experienced companies who need the incubation environment to nurture their business.