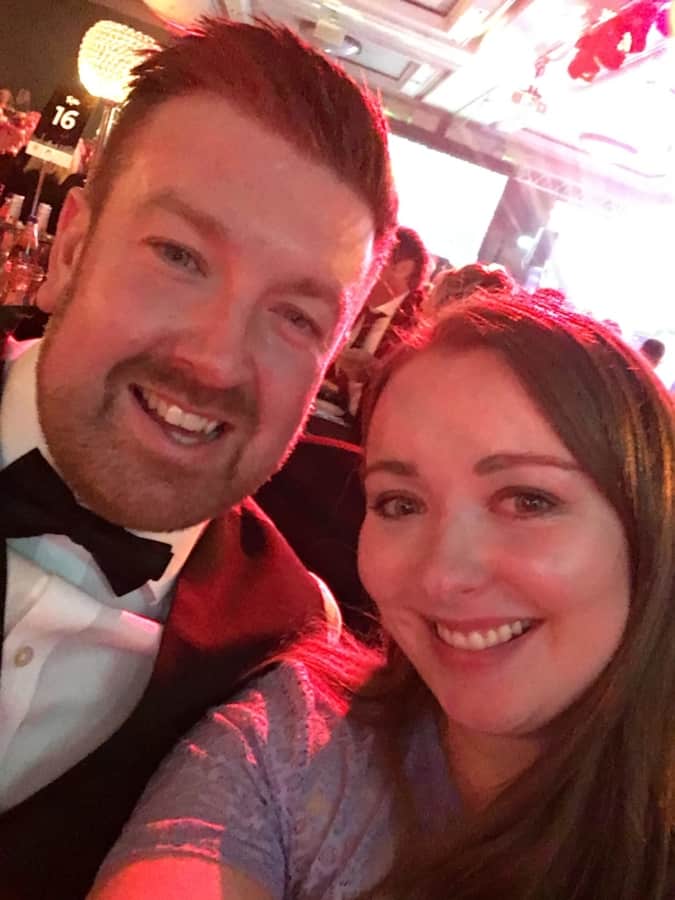 Some of the company’s staff were among a huge audience at the inaugural Ronald McDonald Houses Ball at the Hilton in Glasgow on May 17.

The charity provides a safe, warm, welcoming, cost-free “home from home” for families whose child is being treated at the Royal Hospital for Children, Glasgow, and other hospitals in the West of Scotland.

Pacific donated a raffle prize of a case of fine wines that helped the organisers realise a grand total of £127,000 by the end of the black-tie event.

Representing the company was Quantity Surveyor Martyn Duffy, who attended along with his girlfriend Laura Young.

“We had such an amazing night and we appreciate every single one of you who purchased raffle tickets, made pledges, bid in the auction and simply offered your support.”