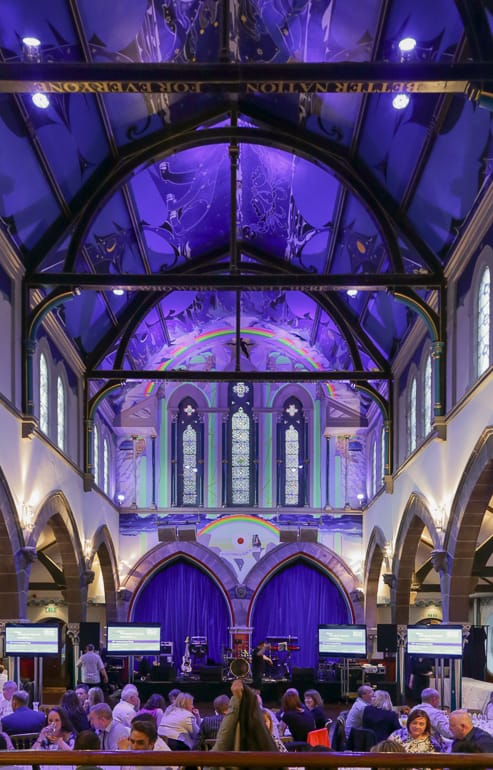 WELL, what a night it was! The occasion: our 10th birthday party. The venue: Oran Mor, Glasgow. The guests: clients, friends, staff and family. The format: food, drink, music and dancing – and lots of it!

Thanks to everyone who came along to share in our 10th anniversary celebrations at the spectacular venue at the top of Byres Road on the evening of June 27. 2015.

They included sub-contractors, clients such as Mitchells & Butlers and McDonald’s, staff and charity friends who benefited from our generosity during this special year.

Music was provided by Soul Republic, who kept everyone’s feet tapping and dancing until the wee small hours of the morning.

Managing Director Brian Gallacher gave a speech, outlining the Pacific success story, mapping the future for the company and lauding the partnerships that have been established since the company’s inception in 2005.

Other attractions included a magician and a photo booth that spat out pictures that became more bizarre as the night wore on – not surprisingly!

We have been overwhelmed by the letters and messages of thanks for putting on such a great event – with many well-wishers saying they are looking forward to the 20th birthday bash!