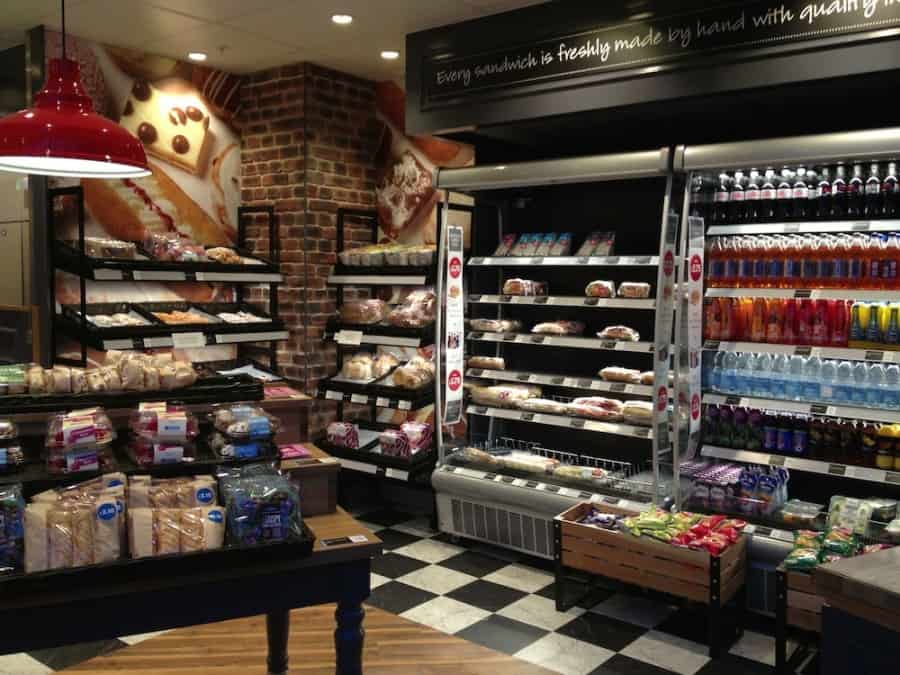 SCOTLAND’S first rebranded Greggs bakery has been completed by Pacific – and it sees the country’s favourite sandwich shop chain move into a funky new role.

Greggs, home of the steak bake, pies and lunchtime filled rolls, is blending traditional and modern materials and themes into its “urban bakery” concept, which is being rolled out at select locations across the United Kingdom.

A number of props are also scattered throughout the stores, including delivery bicycles and weighing scales – to reference the origins of the business – as well as black and white floor tiles and counter fronts adorned with rolling pin/chopping board reliefs.

Pacific took just a week to completely refit the Greggs outlet in Springburn, Glasgow, which, like five others in Scotland, takes on the new “Greggs The Bakery” name.

Greggs launched the new concept after research highlighted a desire for a different style of shop that gives customers a more rewarding experience, by offering the range and personal service of a traditional, local baker’s  within a modern setting.

Pacific have successfully delivered a number of high-profile projects for Greggs across Scotland – in Edinburgh, Glasgow, Montrose, Abroath, Gourock and Dumfries.