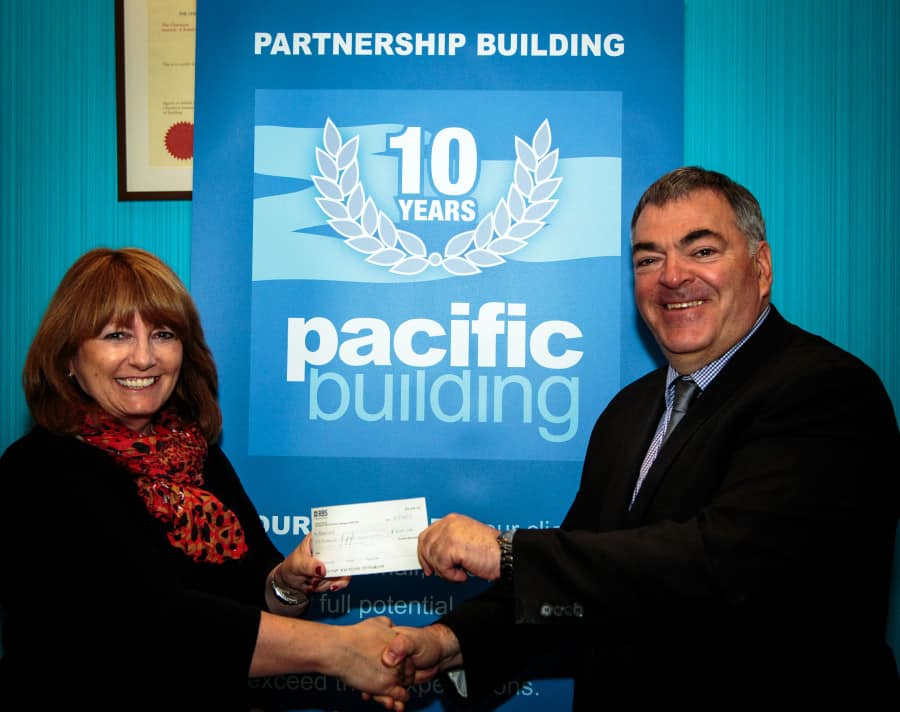 A good home for charity donation

QUARRIERS – one of the oldest and best-known charities in the United Kingdom – are the latest organisation to benefit from Pacific Building’s social conscience.

Fiona Scott, the charity’s Head of Corporate Development, popped into the Pacific office in Hillington, on the outskirts of Glasgow, to pick up a cheque for £500 from Managing Director Brian Gallacher.

From their historic base in Renfrewshire, Quarriers dedicate themselves to working for better lives by:

It is a huge organisation employing 2,000 people at locations across the UK, not just in Scotland, and its name is synonymous with pioneering care for those in most need.

It was established in the 1870s by William Quarrier,a  successful Glasgow shoe retailer, who began caring for orphaned and destitute children.

He set up a children’s village, where poor children from the towns and cities of Scotland might enjoy a new life in cottage homes, under the supervision of house fathers and house mothers.

With the support of a growing band of committed supporters, Quarrier was able to purchase land at Bridge of Weir, Renfrewshire, 15 miles south west of Glasgow, and he began to set up the Orphan Homes of Scotland (now Quarriers).

But Quarriers continues to develop as an organisation and provides a broad range of critical support services in Renfrewshire and at other locations across the UK.

Fiona said: “This is a wonderful gesture by Pacific – and the money will be put to good use to help young homeless people.

“We are particularly pleased to receive the financial support of a local company clearly has the needs of the local community at heart.”

Brian added: “It is a noble cause to assist young people in need, so we are honoured that our money will be channeled by Quarriers towards that area of support.”

Quarriers are the eighth organisation to have benefitted from Pacific’s generosity during the company’s 10th anniversary year.