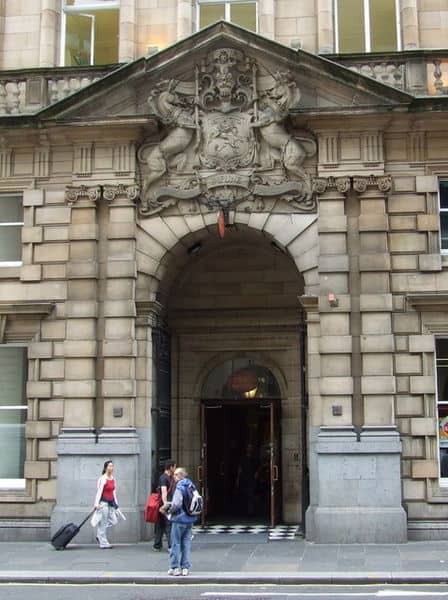 THE long-awaited transformation of a historic former Post Office in Glasgow into an upmarket steakhouse is under way.

Pacific are masterminding the conversion of the B-listed premises in St Vincent Street, for client company Mitchells & Butlers, who will operate the restaurant under their Miller & Carter Steakhouse brand name.

This will be the second Miller & Carter Steakhouse in Scotland – Pacific kitted out the first one at the famous Cramond Brig in South Queensferry, Edinburgh, earlier this year.

The PO has been in St Vincent Street since the 1990s, when the former GPO building in George Square closed.

The building, constructed at the turn of the last century and occupying a prominent site at the junction with Buchanan Street, had previously been home to a number of banks, and many of the interior features from its financial past will be retained.

Pacific broke the news of the possible change of use to a restaurant earlier this year in this website post.

All works, fixtures and fittings will be of the highest quality, as the extensive project will have to be sympathetically conducted in order to protect the many period features.

The building has now closed down and is expected to open and begin trading as the steakhouse at the turn of the year.