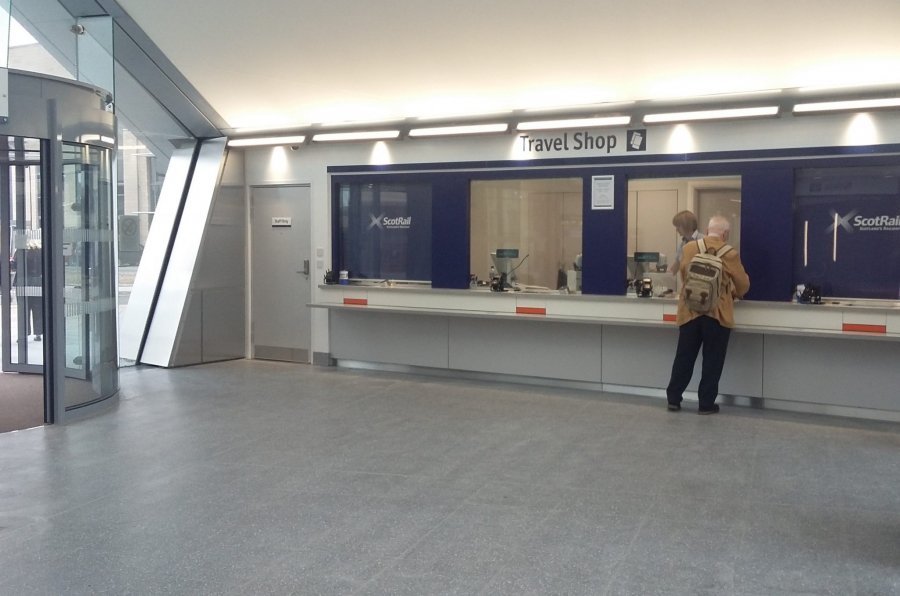 Dundee Travel ShopPACIFIC are proud to have played a key role in the reinvigoration of Dundee Rail Station, which opened to the public at the start of July 2018.

The £38million project – which lasted two years – formed part of a wider regeneration programme on the city’s waterfront.

Pacific fitted out for Abellio ScotRail the new ticket office that is located just inside the main entrance of the building, which encompasses a 120-bedroom hotel and retail units and which is situated next door to the much-vaunted V&A Museum of Design.

Pacific Managing Director Brian Gallacher said: “This new building is one of the major landmarks in the regeneration of Dundee, and the Travel Shop is an absolutely critical component of it.

“As a company, we are delighted to have played our part in delivering a fabulous addition to one of the country’s most vibrant and forward-looking cities.”

The station was opened on July 9 by public health minister Joe FitzPatrick.

He said: “The revitalised Dundee Station creates a gateway to the city and is an excellent example of how the industry can work in partnership with the public and private sector to deliver to wider regeneration goals.”

Long-time Dundee residents will remember the deeply uninspiring grey corridor that used to greet travellers rising to street level from the train platforms.

Now though, visitors to the city are greeted by a wall of glass and views out to the waterfront area.

This is the second contract completed by Pacific for ScotRail, having converted The Vale public house in Glasgow into a Travel Shop for the city’s Queen Street station.