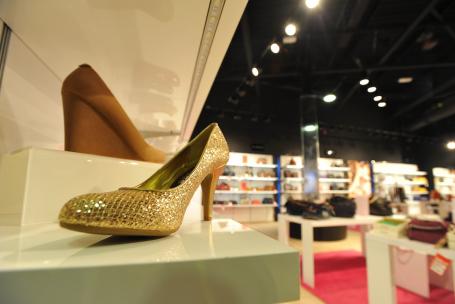 The first retail outlet in the UK to sell a range of full-price designer fashions in an airport departure lounge has just been fitted out by Pacific Building.

Iconic labels such as Diesel, Hugo Boss, Fiorelli and Radley are now tempting style-conscious travellers from the Collezioni store in the revamped airside area at Glasgow, through which three million passengers pass every year.

The concept of bringing a spread of full-price designer brands under one roof was pioneered at Marco Polo airport in Venice before being rolled out in Porto, Portugal, and then Dublin.

The Glasgow outlet is operated by McArthurGlen Luxury Retail and was completed at a cost of £82,000 – and in an incredibly short four-week timescale, thanks to Pacific’s extensive experience of completing projects at airports.

Featuring high-end fixtures and fittings and concealed mood lighting, the store is a key addition to the airport’s £31miilion upgraded departure lounge.

Pacific took advantage of the close proximity of their permanent base at the airport, which meant that they mobilised their team within just 48 hours. The project demanded seven-day working as well as long and sometimes double shifts.

Pacific, who employ 32 people at their head office in Hillington, on the outskirts of Glasgow, also drew on their vast experience of working in “live” public areas and to tight deadlines, which meant there was minimal disruption to airport operations and to neighbouring trade.

This contract is one of several that have been completed at airports by Pacific, who recently announced a 30 per cent increase in annual turnover to £9.7million, and who are well on their way to a fifth successive year of growth.

The company are working their way through a bulging order book of contracts with big-name clients for 2012 that will add to the successes they enjoyed in 2011 through a raft of successful projects for McDonald’s, Greggs, KFC, Gleneagles Hotel and Bupa.

Managing director Brian Gallacher said: “Collezioni was a tough project but we, as a company, like a challenge. We took it head-on and met all the required goals. The result is a striking, high-end retail outlet that enhances the passenger experience airside at Glasgow.

“It is an appealing store, selling full-price designer and lifestyle brands from all over the world to both men and women. It is a valuable, upmarket addition to the redeveloped airside retail space at Glasgow and a striking statement of style that passers-by will find difficult to ignore.”

Pacific’s relationship with airport operators BAA is enhanced by the fact that many of their team hold “airside passes”, which means they have the experience and requisite clearance to work in airports – in airside, landside and aircraft manoeuvring areas. This has allowed them to compete for and win contracts at Edinburgh, Aberdeen and Newcastle airports, as well as Glasgow.