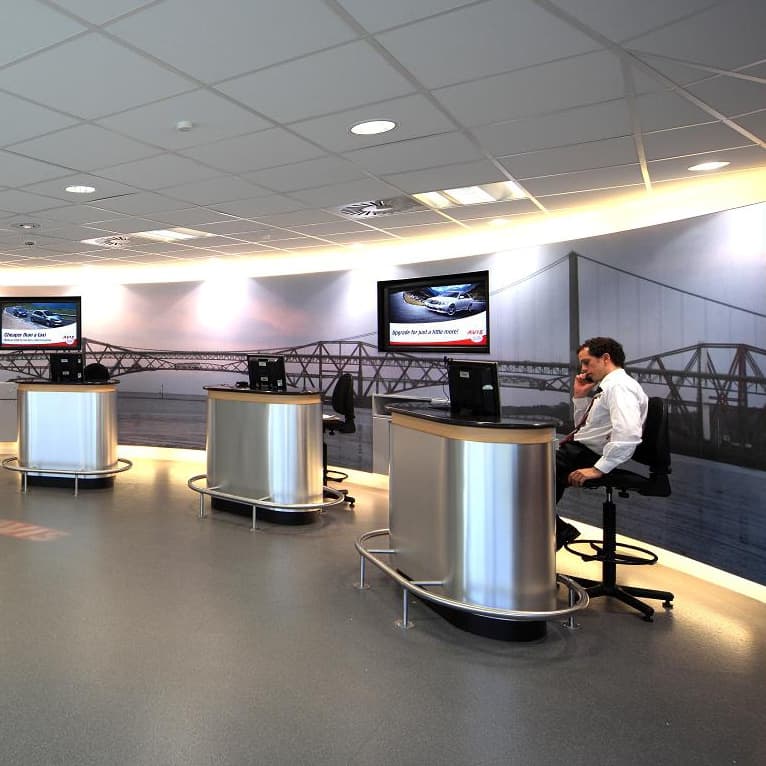 BAA Scotland had a £500million capital investment plan rolling out across its three Scottish airports, £300million of which was being spent at Edinburgh. Part of the investment of this substantial sum included the formation of a Consolidated Car Rental Centre (CCRC), the first of its kind in the UK, with a full project value of £10million.

The CCRC provides an external car hire facility, housing seven of Europe’s leading vehicel rental companies, while releasing significant space within the main terminal building, which sees up to nine million passengers pass through each year.

Pacific Building were tasked with the construction of the joinery and ceiling of the facility. Situated close to the main terminal, the building itself is substantial, spanning over 981m2. Used to facing challenges head-on, Pacific were confident in their ability to deliver a quality project to the highest of standards.

Pacific are well versed in working in compliance with airport protocol, in both airside and landside environments. With comprehensive experience in working with increased security measures, Pacific Building worked proactively by carefully coordinating access where required, following the airport’s strict processes and procedures throughout the project.

The project was completed and delivered to the agreed dates and to the client’s exact specifications, ensuring that all works and quality of finishes met the high standards expected by BAA.

The new CCRC provides a greener, more passenger-friendly service for travelling customers in modern, fully equipped premises. Pacific Building was delighted to be involved in its creation and the enhancement of passenger experience in one of the UK’s key international airports.