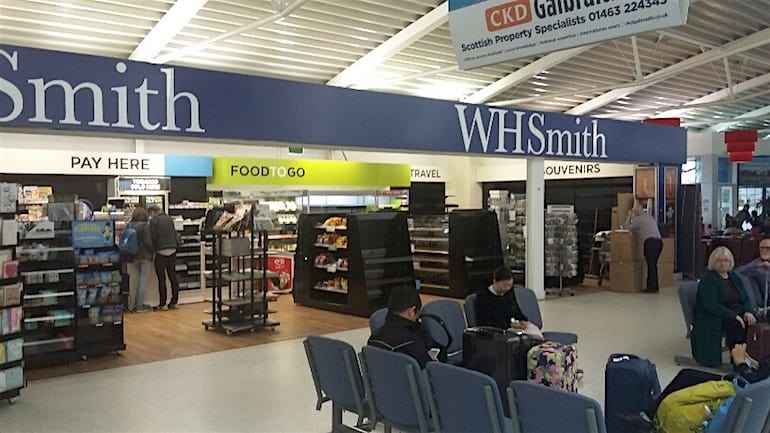 Pacific had to construct and fit out to an extremely tight deadline two WH Smith branches – one airside and the other landside – at Inverness Airport. The former was a completely new fit-out from scratch, while the latter involved a refurbishment of an existing retail unit.

As arguably the UK’s favourite newsagent, stationer and bookshop, the stores had to be finished to the highest standards and be back trading after closure in as short a period of time possible, so as to minimise the impact on the company’s balance sheet.

Pacific drew on their vast experience of operating at airports – plus their previous dealings with
WH Smith – to deliver both projects on time, on budget. They also had to be in strict keeping with the WH Smith image and conducted in a manner that was sympathetic to airport operations.

Pacific’s employees have airport clearance, which means they can operate safely and appropriately within that environment, where security considerations are critical and passenger movements must be respected.

Pacific already have an ancillary base on the apron at Glasgow International Airport, where they have completed many projects over a number of years, including some for WH Smith.

After just 11 days, both shops reopened, selling books, newspapers, stationery, souvenirs and snacks to travellers, who instantly recognise the presence of the brand in a busy environment.