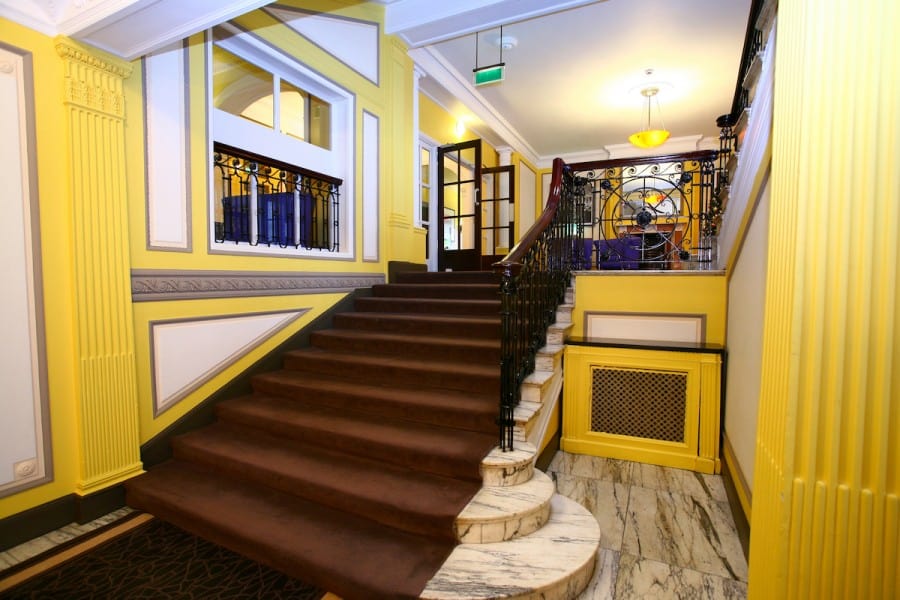 Renowned for being one of the world’s most luxurious resorts, Gleneagles wanted to ensure that they retained their prestige reputation by upgrading and modernising the corridors, stairs and circulation areas of all three floors of their Five Star hotel. Over a number of years, the hotel has refurbished the majority of its rooms and suites on a room-by-room basis, however, due to the disruption that would be caused, they had, until now, avoided any works to common areas and corridors. Nevertheless, as these areas are critical to the first impressions created for guests, it was imperative that the high decorative standards set inside of the rooms continued throughout the hotel to ensure continuity and an untarnished experience of the guest’s surroundings.

The hotel continued to trade while the works were carried out, and, due to the nature of the work involved, it was essential that guests were segregated from the operations. Working closely with hotel staff, disruption to guests was minimised by the creation of temporary routes, and the sectioning off of certain portions of corridors. Works were also phased in order to incorporate areas afforded by the hotel: it was imperative that the schedule of works did not slip, as rooms were often booked out on the day after planned handover, meaning that keeping to timescales was crucial. This meant that as any unplanned activities presented themselves, they had to be absorbed within the timeframe.

The bright colours and the modern features of the refurbished corridors have transformed the hotel and continue to delight guests. The works represent an ongoing relationship between Gleneagles and Pacific Building, demonstrating Pacific Building’s ability to meet the Five Star standards for Five Star clients. Gleneagles is more than a Hotel: the name itself has become a brand promise. Our job was to ensure that the promise was kept as work progressed, and will be delivered even more effectively for years to come.