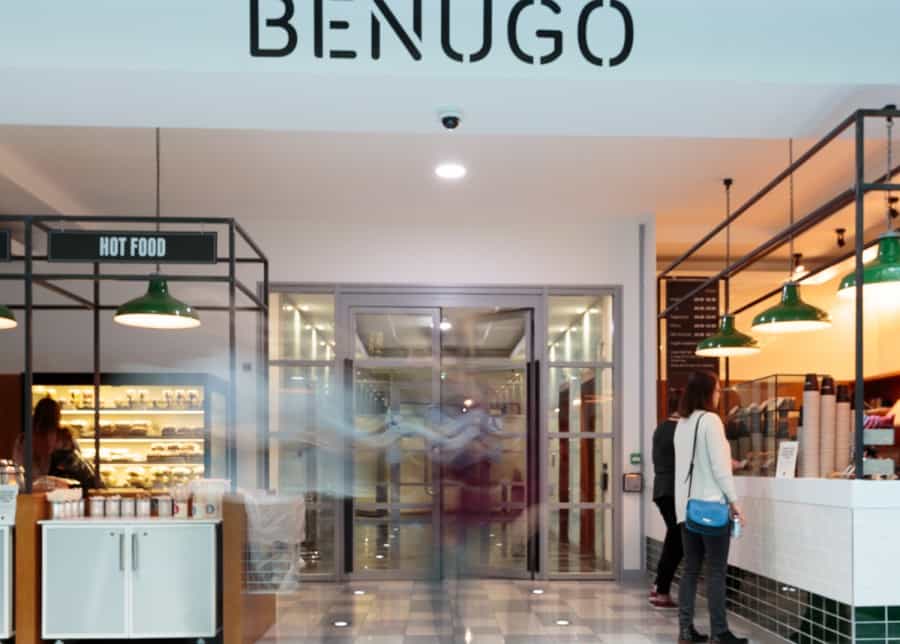 BENUGO is an upmarket New York deli-inspired cafe that is to be found on the high street, in public spaces such as parks and museums and via in-house concessions for business premises. The operators pride themselves on providing top-class service allied to levels of quality and a menu range that are equal or superior to Pret A Manger.

Not only that but the project involved a busy public environment within an A-listed building situated on one of the busiest thoroughfares in the United Kingdom.

Pacific drew on their unmatched experience of delivering to deadline and to budget in “live” public areas, with minimal disruption to trade and to office operations. The project was commenced on September 4, 2017,  and handed over to the clients on September 15 – just 11 days later.

Employing upmarket materials, finishes and lighting, the Benugo outlet conveys an unmistakable air of quality allied to sophistication not normally found in in-house coffee concessions. It serves hundreds of customers every day from its prime position under a massive atrium that opens up the surrounding interior communal space, giving it a light and airy feel.

Employees of some of the biggest corporate names that operate from their bases at Waverley Gate now look forward to using this New York deli-inspired coffee and sandwich outlet every day of the week.