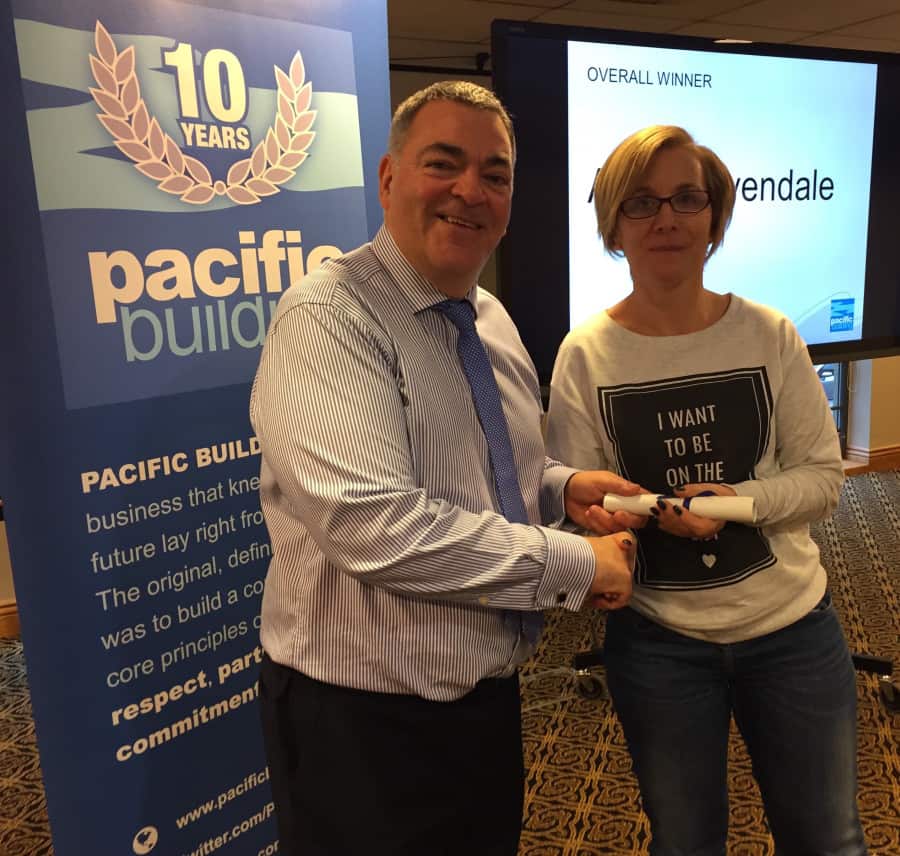 THE annual Pacific Building Staff Awards were presented on Friday, December 18, 2015 – and it was great to see staff rewarded for their exceptional efforts during the year.

The winners proved that the company has strength in depth in terms of experience and talent, and it bodes well for 2016, which is already shaping up to be a busy year.

It was especially pleasing to reward deserving members of staff in what is our 10th anniversary year.

Pacific Managing Director Brian Gallacher handed over the prizes and praised the teamwork and commitment shown not just by the winners but by everyone who has contributed to the Pacific success story over a number of years – not just during the birthday year.

The prizes and winners were: