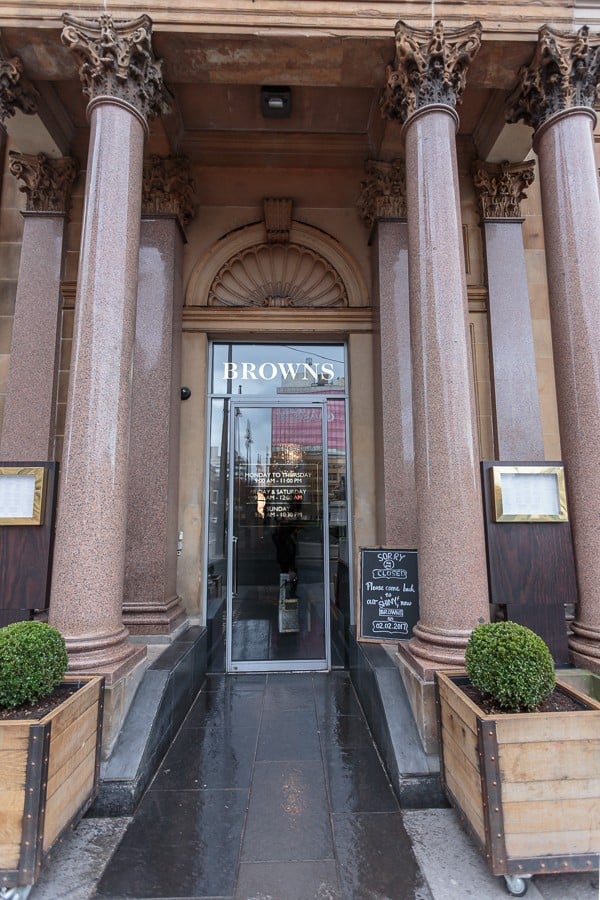 FIRST past the post! In a stunningly short time frame, a landmark bistro housed in Glasgow’s historic former GPO building has been given a comprehensive makeover by Pacific.

The work to refurbish the stylish Brown’s in George Square commenced on January 9, 2017 – the first day back at work for most after the festive break – and was completed before the end of the month.

And Pacific’s efforts did not go unnoticed because, shortly afterwards, Brown’s was nominated for “Best Refurbishment” in the Scottish Entertainment Awards 2017.

The project involved a comprehensive refurbishment of the interior of this stylish, relaxed brasserie and bar, which is renowned for a variety of dining and drinking options, from morning coffee, lunch and dinner to cocktails, aperitifs, fine wines and beers.

Famed for its buzzing atmosphere, Browns is right in the centre of the city, housed in the iconic 130-year-old ex-General Post Office headquarters, adjacent to the City Chambers and a stone’s throw from Queen Street mainline rail station.

Browns is one of the stable of food-led brands controlled by Mitchells & Butlers, who operate more than 1700 bar/restaurants across the United Kingdom.